How fake reviews can impact your business 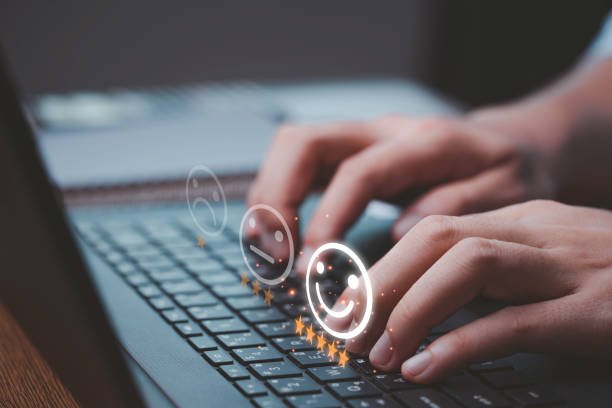 A recent article from the BBC highlighted that fake reviews are to become illegal under new rules. The piece emphasised that ‘a competition watchdog will get new powers to fine firms up to 10% of their global turnover for bad business practices’.

The rules are in place to protect consumers from the impact of fake reviews, but how can they damage the businesses that host or write them? And how can fake reviews from competitors impact a business’s reputation? In this latest article we take a look into fake reviews to answer these questions.

What are fake reviews?

Fake reviews are known as deceptive reviews that have been constructed to mislead consumers in their purchase decision making; mostly written by a person who has little or no knowledge of the product or organisation that they are writing about.

Businesses are known to have purchased reviews, (as seen in the ‘UK businesses caught buying five-star Google reviews’ article from the BBC) to perhaps enhance their image or reputation. Alternatively, competitors or anyone wanting to damage the reputation of a business can write a ‘negative fake review’ to do so.

Businesses aren’t always aware of these reviews that are associated with their brand; but whether they know about the fake reviews or not, they can have a detrimental impact.

Types of fake reviews and the impact they can have

Consumer service, ‘Which?’ has conducted various research activities to scout out fake reviews and to reveal the impact they have on consumers.

One activity saw them delving into fake reviews on Amazon, which showed how some sellers were using these reviews to mislead a consumer and increase incentives to purchase a product. The research shows that fake reviews are effective, but misleading a consumer isn’t the right way for a business to run.

Due to a misleading review, a customer might purchase a product that isn’t suited to them, one that could be cheaper elsewhere or even into buying a product which is fake. If a consumer is faced by any of these outcomes, they are less likely to associate themselves with the business that they purchased a product or service from and in turn, they can impact reputation by informing other people, competitors and consumer organisations about what has happened. In the long run, this can impact the longevity of a businesses and can have a detrimental effect on the amount of money the business or organisation is making.

It’s important for businesses to not purchase fake reviews and to be honest, as consumers value this. This honesty will also have a positive effect on long term activity as it can sustain retention, profit and positive reputation.

There are two types of fake reviews that can be purchased or written. A business can buy or ‘host’ a positive review to enhance credibility, or as we said above, to increase a customer’s incentive to purchase a product or service. A negative review is the other type that can be created to particularly damage reputation.

Competitors, unhappy customers or ex-employees can possibly publish negative reviews to make a dent in a business or organisations reputation. These reviews may feature false statements or damaging comments and can influence consumers to turn to another business. 73% of consumers have greater trust in businesses when customer feedback is positive, which gives a glimpse into the damage that negative reviews can cause.

How to manage fake reviews

As previously mentioned, most businesses may not know about fake reviews that are being written against them or being associated with their name. If this is the case there are some steps that can be taken to manage this misleading activity.

Before businesses take action, it’s important that they know where these fake reviews are.

A service such as our reputation tool, Edtesa Reputation can help businesses to identify a review, if a chosen key word has been featured in the text. Tools like this can then help to source where the comment is located. (social media, article, forum etc.)

If a wrongly negative and clearly fake review has been identified, a business can then take this down by reporting it (well known websites use different reporting avenues but here are a few examples from, Igniyte) Or they contact a service for help. Consumer organisations or programmes such as Watchdog or Which? can also get involved.

If a tool can’t track a review, than alternatively an employee can look through sites to try and spot anything that can cause negative impact. This is more time consuming but can help to maintain positive reputation.

Fake reviews are being clamped down on, so there is hope that businesses will see less and less of this activity. If negative fake reviews continue, we previously wrote about further ‘online reputation’ considerations that can be taken into account.

For more business related guidance remember to visit our magazine section for advice and support!

Alternatively you can follow Edtesa on social media to stay up to date with guidance and our supportive services.